As May gets closer, most of my energy is being used on planning my daughter’s graduation party.I created a Graduation Party Idea board on Pinterest months ago. I am actually going to use many of the ideas I pinned there.
One item that I have already made is a pennant banner. It says Congratulations Cassie. I have seen many cute examples of these banners all over the web and in local stores. Here's one that I saw and really liked. 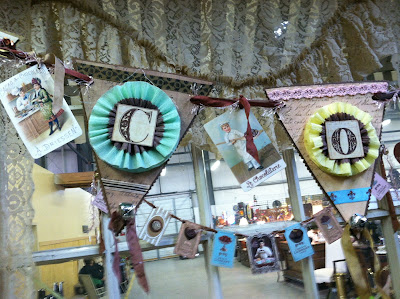 This banner really drove my decision and my design for our banner. I saw it at a cute booth at Lakewood Antiques last month.


Keeping with our color scheme of pink, white, and gold, I chose a pack of solid pink cardstock. And a variety of pink print  cardstock. All on sale at Hobby Lobby and Michaels ( the only thing better than a 40% off coupon is 50%). 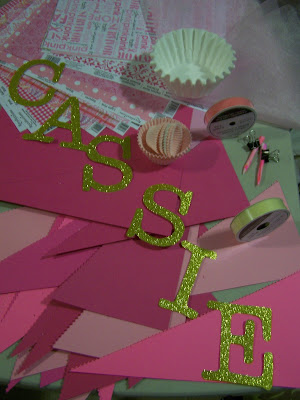 I also bought a yard of pink tulle that I cut into 1” strips to use as “ribbons”. 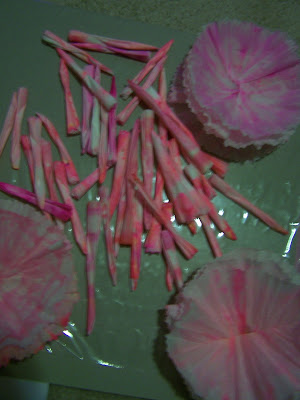 I originally planned to use cupcake liners in pink as the round pleated centers ( notice them in my inspiration banner. However, I couldn’t find them in a larger enough size at a price I wanted to pay. Remembering a spring art project that my friends that taught kindergarten used I headed to the dollar store for white coffee filters. Using pink washable (any non permanent) markers, I had my daughter and a younger cousin just draw pink rings around the filters. They then folder them in half and again until they couldn’t fold the anymore. Used a paper clip to keep them folder and shot they with a quick spray of water.  After the color finished bleeding throughout the filter I allowed them to dry completely. After unfolding them I had cute, crinkly papers that I cut down to my desire size. 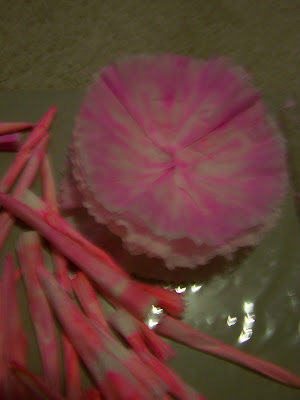 Next I took about four of these and stacked them, putting a little glue between each. These were them centered on top of the pennant. The nest step was making the letters. There were a couple of possibilities for gold glitter letters. One was to go to the ‘teacher store”, here it’s The Schoolbox” and buy gold glitter precut letters ( the type we teachers use on bulletin boards). They were reasonable pricewise but I really didn’t like the font choices and sizes. So I bought Chipboard letters ( 40% coupon used) in a size and font that I liked better, and 3 sheets of gold glitter cardstock ( also on sale).  While watching a movie I traced the letters that I needed onto the gold glitter paper and cut them out. 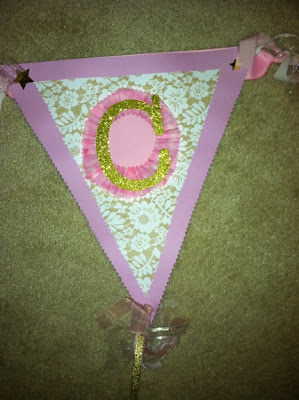 I also cut circles out of the scraps from the solid cardstock as a pleated center . I glued these on and layered the letters on top.


Holes were punched at the very bottom of each pennant and a number of different ribbons were added. Additional ribbons and fabric strips were tied onto the streamer of grosgrain ribbon that connected all of the pennants. Gold stars were also added to each pennant.
I will only show the second half of the banner as it is very large. 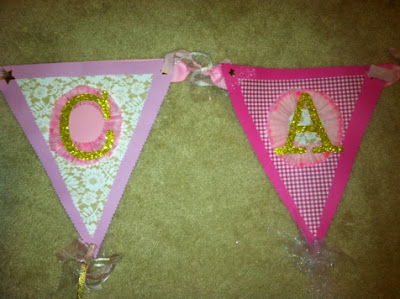 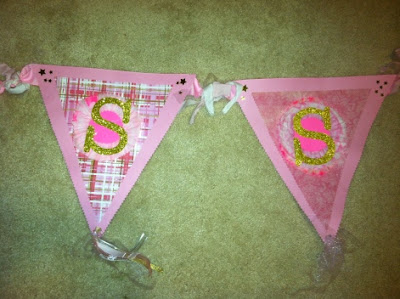 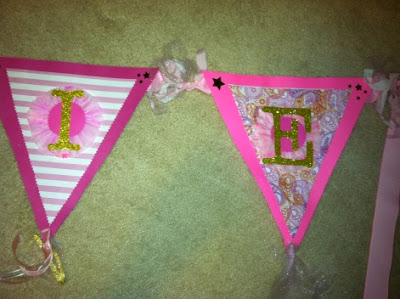 Posted by Tina@encorecreations at 8:45 AM No comments:

Thrift Coat All Dolled Up

On a trip out of town I was trying to find my way back to my hotel (battery in cell dead, forgot the charger) when I saw a very familiar sign

Like a beacon in the night, I had to stop.  After all, someone could probably give me directions back to my hotel.  So, in I went. I noticed right away that this store had an add on. Attached (but also with a separate entrance) was the upscale “Boutique" that was obviously where the designer and high end donations ended up.


I spotted this great trench coat. The only thing I could find wrong with her was, no belt. The price was right, $6.99 and it was the right color tag , so I got it for 50% off.  $3.50!!  I figured with a trip to the fabric store I could make a belt and maybe doll her up a bit.  I then took a quick stroll through the Boutique, but I felt the prices were a little high so it was time to think about an encore for my trench. 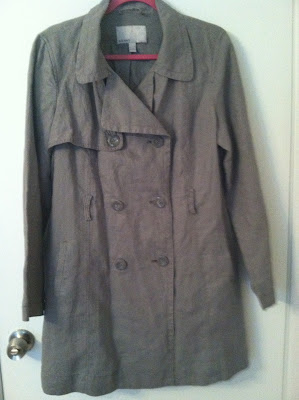 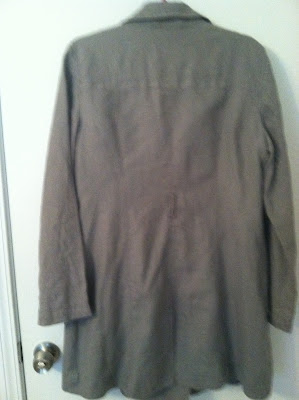 I decided to add a “wave “of fabric along the hemline and the sleeves. The belt would be out of the same fabric.  Once I decided on a color palette of gray, black, and yellow, it way off to the fabric store
This was the challenge; I had to go to a couple of stores before I found something that I liked. It was actually a home décor fabric. But what creative seamstress hasn’t used home décor fabric for a jacket, etc. Armed with my 50% off coupon I purchased 1 yard of fabric for $10. I didn’t really find a fabric with the yellow that I wanted so I decided to add piping around the belt in a “yellowish, gold “color. 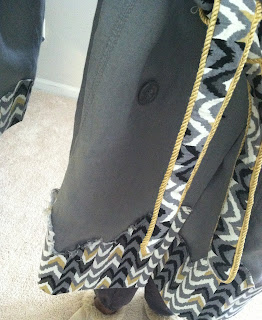 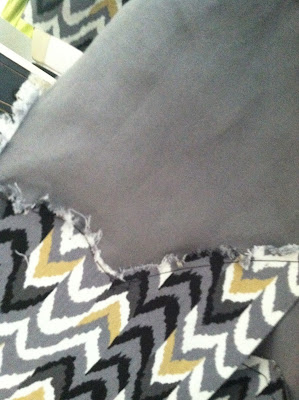 Here’s the finished project. I think she looks great. 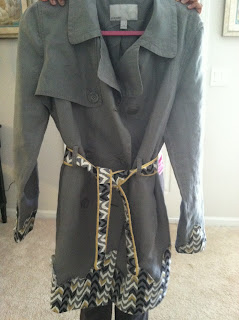 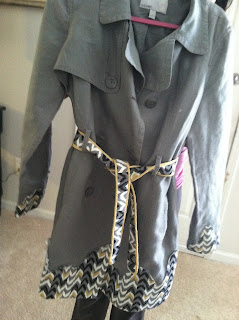 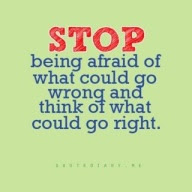 Posted by Tina@encorecreations at 11:01 PM No comments:

A Little About me:

Enter your email address to follow this blog and receive email notification of new posts!